How Pipes Work In The Winter 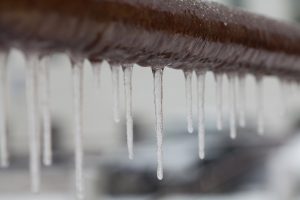 These winter months bring freezing temperatures that can wreak havoc on our cars and roofs, but they can be really damaging to our water lines. In Pocatello, it isn’t uncommon for pipes inside and outside the home to freeze and burst open. When this happens, you end up with a major water disaster and are going to need a water damage restoration company that is nearby to fix the problem. Even in the stormy winter weather, Restore Rite and its team of professional water damage technicians will be available 24 hours a day, 7 days a week to help.

We all know that pipes run the risk of freezing and bursting open, but why is it such a common problem? What happens inside the pipes that cause them to burst open this way? Most people think that it is due to the expansion of the pipes as the water inside turns into ice, but that’s not entirely correct.

What Causes Frozen Pipes To Burst?

Pipes can freeze up pretty quickly, but the expansion of the pipe from the water freezing inside isn’t the main reason the pipes end up cracking or bursting open. The biggest problem comes from pressure buildup inside the pipes. When water freezes, its molecules change shape. The frozen molecules take on a hexagonal form and expand, taking up much more space than liquid water. Since the faucet is closed, water pressure builds incredibly as the frozen water expands and moves toward it. This causes the pipe to eventually break open, typically in an area that doesn’t contain much ice at all.

How Do I Keep My Pipes From Freezing And Bursting?

Generally, your outside pipes are more likely to freeze and burst open. However, pipes inside of a home that is left unheated can easily freeze up. Unheated attics, basements, garages, and crawlspaces are where most inside pipes will freeze. To keep your pipes from freezing there are a couple of things you should do.

If a pipe does burst in or outside your home, call Restore Rite! We are available 24 hours a day to clean up minor or major water disasters in and around Pocatello Idaho. Call our team today!

Restore Rite is located in Blackfoot, Idaho and serves many locations nearby. The professionals at Restore Rite are certified and experienced in high-quality water and fire damage restoration and go above and beyond to help in your time of need.